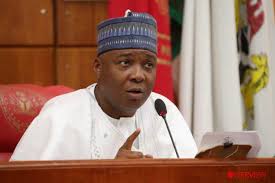 Former Senate President, Dr Bukola Saraki has called on the European Union, EU, to impose visa ban on Nigerian politicians and others involved in electoral malpractices.

Saraki said the EU should follow the path which the United Kingdom had taken by imposing ban on election riggers.

The UK had on Tuesday threatened to impose visa ban, carry out asset seizure, or even prosecute under international law, Nigerians, over election-related activities in the country.

The UK said it would take action against individuals who have been identified as being responsible for violence during the upcoming gubernatorial elections in Edo and Ondo states.

Reacting to the development, Saraki commended the UK for the move and urged the EU to follow suit.

He said the move was necessary to send the right and strong signal that those who undermined democracy in Nigeria were enemies of the rest of the democratic world.

According to him, the sanction should go beyond politicians and include electoral officers, security officials and judicial officers who undermined the nation’s democracy by their actions during and after elections.

In his words: “I join millions of Nigerians to commend the United Kingdom and other international partners for responding swiftly to protect Nigeria’s democracy with visa restrictions and asset bans for electoral saboteurs.

“I appeal to the European Union to follow suit. This is necessary to send the right and strong signal that those who undermine democracy in Nigeria are enemies of the rest of the democratic world.

“The sanctions should go beyond politicians and include electoral officers, security officials and judicial officers who undermine our democracy by their actions during and after elections.”