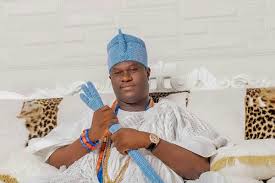 Ooni of Ife, His Imperial Majesty, Oba Adeyeye Eniitan Ogunwusi, has revealed that there is an ongoing research on the production of drugs from herbs and roots that will boost immunity and treat symptoms of Coronavirus and other bacteria infections with the aim to ameliorate the sufferings of people and to reduce incidences of death.

Ooni of Ife disclosed this yesterday at a conference organised by the National Istitute for Pharmaceutical Research and Development, NIPRD held at Osogbo, Osun state.

His Royal Majesty, who was represented at the occasion, by Professor Esimai Olapeju Adefunke, stated that Kabiyesi is also in partnership with Traditional Pharmaceutical Companies and African Traditional practitioners in turning the God-given herbs and roots to herbal medications.

According to him, “One of the many herbal remedies and preparations being produced is ‘Verozil’ which was recently approved by NAFDAC. Let me add that Baba Ooni is also in partnership with Research Institutes and tertiary Institutions such as the Afe Babalola University, Ado-Ekiti on drug and vaccine Research”

He stressed the need for African leaders and other stakeholders to collaborate and promote the God-given herbs and roots which are efficient for treatment of various ailments.

Kabiyesi, the Ooni of Ife, who doubles as co-Chairman, National Council of Traditional Rulers of Nigeria, recommends that Nigerians Policy makers and other stakeholders should give traditional Medicine the priority it deserves with a view to making it become the country’s biggest export like other countries such as China and India.

His Royal Majesty, while appreciating the the Director General and Chief Executive of NIPRD, Dr. Obi Adigwe and his team for organising the conference in Osogbo, urged participants to make good use of what they learnt from the training to develop Traditional medicine in the country.

The DG, Dr. Adigwe asserted that the idea of staying in the Office and carry out their duties and responsibilities is no longer feasible, saying that sensitising people to know the importance of traditional medicine has become their priority.

Adigwe, however promised that if the practictioners in the state take traditional medicine seriously, the institution will open a zonal office in Osun state.

The conference was well attended by dignitaries, such as the state Governor, Ooni of Ife, Professors from various Universities, Commissioner for Health, Commissioner for Culture and Tourism, Traditional Medical Practitioners among others.