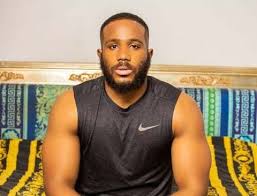 Kiddwaya is the latest housemate to be evicted from BBNaija Lockown Season 5.
However, his eviction did not come as a surprise to many. because right from the first day he stepped into BBNaija Lockdown season 5, his actions as well as body language showed he was not in the house for the money.

His dad, Terry Waya, confirmed this in a series of interviews when he said his son wasn’t in the house for the money.

He also said on another occasion that if his son went on to win the prize money he would share it between Erica and charity organizations.

The roller-coaster relationship between Kiddwaya and Erica, who was disqualified last week, didn’t help matters either, while Erica wanted to be in a serious relationship, Kiddwaya was not ready for it.

The cat and mouse game went on until Erica, frustrated by her unrequited love, once broke down in tears.

Kiddwaya came across someone lacking in emotional feelings, which he himself attested to.

He also said he wasn’t ready to be in that relationship because Erica might get hurt in the end.

Many believe that it was the turbulent relationship that led to Erica’s outburst that ill-fated Saturday night and her eventual disqualification from the house.

BBNaija is all about networking and winning territories, not losing them. Kiddwaya lost many territories because he did not managed his relationship with Erica, and in that process burnt his fingers.

As the saying goes, no man is an island, whatever affects one in the house has an insidious way of affecting others. Though the housemates may not know it, whatever one does in the house affects not just their fellow housemates but also their fans, and they hardly forgets.

The way and manner Kiddwaya and Erica managed their relationship didn’t help matters. Aside from the fact that they were each other’s distractions, they lost it right in the thick of the game and their relationship. So while other housemates were winning territories, they were losing theirs. When Erica was disqualified for consistently breaking house rules, many knew Kiddwaya’s eviction was not far behind.

When one takes a careful look at the evictions in the house this season, once a lovebird leaves the house, the other follows closely behind. The precedence is there for all to see. The same fate that Ka3na and Praise as well as Eric and Lilo suffered is what has befallen Erica and Kiddwaya. When Ka3na was evicted, Praise followed, the same fate also happened to Lilo and Eric.

In a zero sum game like BBNaija Lockdown, in which only one housemate emerges winner, one needs to be circumspect. But Kiddwaya was not at all. Rather he flaunted his wealth and his dad’s. Many housemates saw him as a threat and wished that he was evicted so that they can stand a chance of winning the prize money. Kiddwaya was not circumspect and diplomatic, and he paid for that in the end.