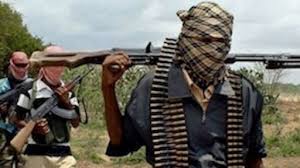 For the umpteenth time, gunmen have again seized a section of the Okene – Lokoja highway.

In the latest attack which happened on Saturday evening, two persons were killed, while a policeman at a nearby roadblock was shot on the leg.

It was gathered that the incident occurred around 6 pm in Osara village, forcing many drivers to abandon their vehicles, as travelers were left stranded on the road.

It was further gathered that the two victims that lost their lives were siblings. They went home on visit and were on their way back to their station.

“We boarded our vehicle from Lagos around 7am, but experienced heavy ‘go-slow,’ and not until till after Ibadan, were we totally free from it.

“We got to Osara after 6pm. Our driver was following closely behind the vehicle that was attacked. Somewhere, the driver had to stop for a passenger who was pressed, to urinate, after which we saw oncoming motors flagging us to stop; that there was a robbery operation ahead. People ran helter-skelter, but the residents will not allow us to take refuge in their houses. They said that if they did, the robbers will search us out one by one.

“When we got to the point of the attack, we heard that two brothers were shot and killed, while a policeman at the nearby checkpoint was shot in the leg. We heard that their remains were later evacuated and deposited at the State Specialist Hospital in Lokoja.”