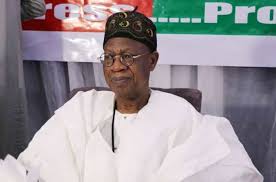 U.S. President Donald Trump marked the 19th anniversary in Pennsylvania, at the site where one of the four hijacked planes crashed after passengers attempted to regain control from the hijackers.

After the names of the 40 deceased passengers and crew were recited, Trump urged unity.

“Our sacred task, our righteous duty and our solemn pledge are to carry forward the noble legacy of the brave souls who gave their lives for us 19 years ago,” he said.

“In their memory, we resolve to stand united as one American nation, to defend our freedoms, to uphold our values, to love our neighbours, to cherish our country, to care for our communities, to honour our heroes, and to never, ever forget,” he added.

Joe Biden, the Democratic presidential nominee, attended a morning ceremony at the 9/11 memorial in New York, where attackers flew two aeroplanes into the Twin Towers of the World Trade Center.

Thereafter, Biden travelled to Pennsylvania, a key battleground state in the November presidential election, though he did not cross paths with Trump.

The former vice president, who vowed to avoid campaigning for the day, laid a wreath at the memorial site, spoke with mourners, and brought beer and pastries to a local fire department.

Democratic vice presidential nominee Kamala Harris attended a ceremony near the Pentagon, which was also hit by the attackers.

The hijackings were the single worst attack on U.S. soil in the country’s history.

However, the high death toll from the coronavirus, with more than 190,000 fatalities and rising, cast a heavy shadow over this year’s memorial.

New York City has been the hardest-hit area of the country, with more than 23,000 deaths.

Beams of light shone into the sky over New York overnight from where the Twin Towers once stood.

A similar beam came up from the Pentagon just outside Washington.

Flags were at half-staff, including at the White House, and bells tolled in New York City to honour the dead.

Many of the normal memorial events were scaled back as a safety precaution, with fewer speeches and some aspects limited to immediate families only.