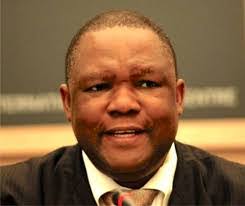 Plateau state high court sitting in Jos, on Friday fixed the 29th of September for ruling on the application filed by the former deputy governor of the Central bank of Nigeria, CBN Obadiah Mailafia

The Former Deputy Governor of the CBN is challenging an invitation served on him by the office of the DIG Force Criminal Investigation Department, Abuja.

The former Deputy Governor of the CBN is asking the court to declare that the Department of State Security Services is the only statutory body empowered by law to deal with crime against Internal Security of Nigeria.

The department of state security service had invited Obadiah Mailafia twice to their Jos office, in August, to make clarification and answer questions over comments he made during an interview with a radio station in Lagos on issues related to the internal security of Nigeria.

However, While the process of investigation and interrogation was still ongoing with the DSS, the police sent another letter asking the former CBN deputy governor to appear before it for an interview.

That invitation By the Nigerian Police is now being challenged in court.

Yakubu Bawa Counsel to the Applicant said “We are praying the Honourable Court to declare the said invitation letter as unconstitutional, unlawful, illegal, ultra vires with no legal effect whatsoever. We are equally seeking the Court to restrain the Nigeria Police Force from inviting or requesting him to appear before the DIG Force Investigation Department Police Headquarters, Abuja since the DSS had assumed investigation in the case and the investigation is ongoing.

The police are however asking the court to dismiss the applicants’ case because it lacked merit.