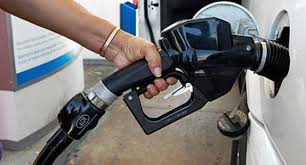 This coming as a result of President Muhammadu Buhari directive to the Federal Ministry of Labour and Employment to dialogue with the organised private labour on the state of the economy.

The Minister of Labour and Employment, Dr Chris Ngige, who disclosed this to State House Correspondents on Friday, said the reason for the meeting is for both the government and the workforce to lay the state of the nation’s finances, as well as the challenges both face on the table for better understanding.

Ngige, who said the meeting with the organised labour had been scheduled for Saturday, added that he would be reaching out to the concerned labour and trade union bodies, as well as the civil society groups to get them ready for the meeting.

It would be recalled that the Labour community had kicked recently when prices of petroleum products and electricity tariff were reviewed upwards, threatening to declare an industrial action.

“The President has approved for us to have a bigger government side meeting with the organized private labour; all the government institutions that have to do with the finances of government will be part of the meeting so that we meet with them and show them the books.

“So, the invitation is going out to them this afternoon, the Nigeria Labour Congress, the Trade Union Congress, TUC and their affiliates or supporters and friends in the Civil Society Organisations.

“The meeting is scheduled for tomorrow, so, I will relate more with the Chief of Staff to the President and the leadership of the unions today so that we do this meeting tomorrow.

“At the meeting, government finances, challenges and everything will be laid bare on the table. Their own fears and what they think is also good for the Nigerian people, especially the workers, they will also table it so that we look at it,” he said.

Throwing more light, the Labour Minister said the recent hike in electricity tariff was done by the regulatory body, based on certain realities confronting the sector.

“The electricity tariff as you know, the Electricity Regulatory Commission approved the increase based on certain electricity band R1 and R2 and even in the R2 band, you have soft bands so that we can protect the rural poor and people who are in the suburbs.

“So, we are going to look at them holistically because we want a stable labour industrial union in the country so the President has been briefed and he is in tune and has given the support to talk to everybody we need to talk to,” he said.

Commenting on the planned strike by the tripartite unions of the non-academic staff unions of universities, Dr Ngige said government is aware of their plans and had already invited them to a meeting, to discuss, so as to address their concerns.

“The tripartite unions of university system including some colleges of education and some hospitals; Non-Academic Staff of Universities, NASU, Senior Staff Association of Nigerian Universities, SSANU and the National Association of Academic Technologists, NAAT, we have invited them to a meeting, the leadership met with me last week and the major thrust of the challenges they have is on the Integrated Payroll and Personnel Information, IPPIS system.