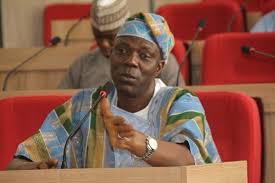 Kogi State House of Assembly has called for urgent reopening of the Federal Medical Centre, Lokoja in the interest of the masses.

The Federal Medical Centre, Lokoja has been shut down for about two months ago.

The House maintained that the continued closure of Federal Medical Centre Lokoja which was shutdown in July this year due to alleged invasion of thugs is not in the best interest of the people of the state.

The call followed a motion of urgent public importance by the member representing Lokoja one constituency, Tenimu Umar on the deteriorating health situation of the people of the state due to the prolonged closure of the hospital.

The lawmaker said cases that were ordinarily treatable at the Centre are now being referred to Abuja, thereby putting extra financial burden on the people of the state.

He appealed to the state government to wade in the matter to ensure quick reopening of the Centre to enable people of the state access medicare with less stress.

Ruling on the motion, the Speaker, Prince Matthew Kolawole directed the House Committee on Health to interface with all relevant stakeholders and report to the House within one week.

It would be recalled that in the midst of the Covid-19 pandemic, some armed thugs invaded the Federal Medical Centre Lokoja in July and allegedly carted away cash, laptops and handsets, among other valuables.