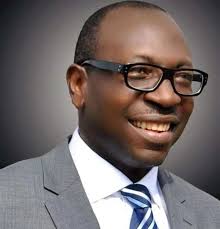 The candidate of the All Progressives Congress, APC for the September 19 Edo State governorship election, Pastor Osagie Ize-Iyamu, has promised to revamp all the viable plantations, farm settlements and ranches which once made the state the envy of others and make them functional if elected Governor.

Ize-Iyamu disclosed this in the concluding segment of an interview on the Public-Private Partnership aspect of his manifesto, the Simple Agenda, relative to Agriculture and rural development.

He said the coming of APC government in Edo, will not only be, “revamping abandoned farms and ranches such as Urhonigbe Rubber Factory, Leventis Farms, Warrake Farms, the Igarra Cattle Ranch, Ubiaja Goat Farms”, but “where necessary create new ones”.

Pastor Osagie Ize-Iyamu said “the improvement of the livelihoods of the host communities across the state through access to microcredit scheme and other Local Economic Development (LED) programmes”, is a major goal of his policy.

The policy will in addition deploy the existing micro-credit schemes in conjunction with the Banks of Industry and Agriculture to generate wealth and income for rural dwellers.

He also hopes “to identify the physically challenged and economically disadvantaged persons who are target beneficiaries of the new Micro Credit Scheme” and empower over 10,000 persons in the first one-year of the programme.

The state government, he said, will also set up farm settlements, complete with training institutes, processing facilities, tractors, and in-farm housing units in each of the three senatorial districts, with the sole intent to produce for local and international markets.

According to the APC candidate, since the government is keen on diversifying and boosting the state’s revenue base through proceeds from agricultural produce,”the creation of special units for packaging for export in order to earn foreign exchange”, will be done.

Besides, Government will also give encouragement to young graduates and school leavers to cultivate the required raw materials for the agro-processing factories to be established in different parts of the state.

According to Pastor Osagie Ize-Iyamu, an integrated Rural Development Programme designed to be complemented by auxiliary small- scale businesses with high job creation capacity will be created as well.

Government will also undertake production of high-yielding crops, provide agricultural extension services to farmers and set up an Agricultural Investment Promotion Agency,”that would serve as a link between the farmers and the market place to ensure regular flow of income through ready patronage and stabilization of commodity prices”.

Pastor Ize-Iyamu added that the Simple Agenda has main areas the state will direct her attention in order to realize the policy objectives including production of rice-upland and lowland, development of poultry-layers and broiler, and livestock fattening program.

The APC candidate said the rehabilitation of government-owned rubber plantation at Urhonigbe, development of large-scale nurseries for the supply of oil palm, cocoa and cashew seedlings, homestead and artisanal fisheries especially the unique Edo shrimps at Gelegele areas, that are highly priced in the world market will be harnessed for export.