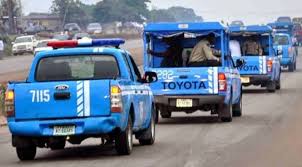 Minister of the FCT, Malam Muhammad Musa Bello has expressed the desire of the FCT Administration to partner with the Federal Road Safety Corps, FRSC, for strict enforcement of road safety laws in the Territory.

The Minister who stated this when he received a delegation from the FRSC, led by the new Zone 7 Area Commander, Assistant Corp Marshal, Jonas Agwu on a courtesy visit to the FCTA, stressed the need for the Corps to massively deploy men and equipment to ensure enforcement of road safety laws on the roads.

While congratulating the Zonal Commander on his new command position, Malam Bello placed a lot of emphasis on the need for enforcement of traffic and road safety laws saying, “Enforcement is key. You have to massively deploy men and equipment on a very, very sustained level. Not just one week or two weeks but a sustained level, even if it takes months”.

He said particular attention should be placed on the traffic congestion that occurs regularly at the Lugbe axis along the Airport Road, Abuja especially in the evenings where unauthorized trading take place usually under the pedestrian bridges.

Malam Bello emphasized that the laws establishing the FRSC were explicit and very strong, and called on the FCT Sector Command of the FRSC to put the laws to good use.

The FCTA, he said, will support and partner with the FRSC with the effective use of the Mobile Court system. The Airport Road, the Minister emphasized further, is the gateway into the City and should at all times reflect orderliness.

While pledging the support of the FCTA for success in the discharge of his duties, the Minister urged Mr Agwu to leverage on the good working relationship that already exists between the FCT sector of the FRSC and the national Headquarters of the Corps.

Earlier, Assistant Corps Marshal Jonas Agwu had commended the Minister for his openness and support for the FRSC, which he said, had contributed to the successes achieved by the Corps in the nation’s capital.

He also appreciated the good working relationship amongst the various relevant agencies in the FCT involved in management of traffic and curbing insecurity in the Territory, attributing it to the hard work and effective leadership of the Honourable Minister of the FCT.

ACM Agwu also pledged to build on the existing structures available in the FCT to meet the effective road safety and traffic management objectives of the FCTA, adding that the creation of more designated bus stops and deployment of more high capacity buses will further aid traffic flow in the city.