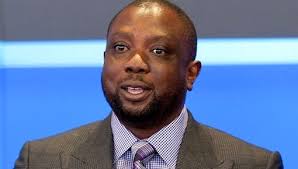 The United States Department of Justice has begun proceedings to seize a $25m mansion in Los Angeles belonging to Kola Aluko, an ally of Diezani Alison-Madueke, former Minister of Petroleum Resources in Nigeria.

Aluko and Olajide Omokore, had in 2011 to 2015 allegedly conspired with others to bribe Alison-Madueke in order to win oil production contracts worth $1.5bn, according to a civil forfeiture complaint.

According to Africa Intelligence, the US government told a US District Court in Southern District of Texas that the mansion was bought to “launder ill-gotten gains” from Nigeria.

Aluko, an ally of Diezani Alison-Madueke, Nigeria’s former minister of petroleum resources, has been the subject of various investigations in Nigeria and abroad for allegedly taking part in shady oil contracts.

Properties, including a yacht used by Beyonce and Jay Z for vacation, and a New York penthouse, have been seized from him. The 65-metre Galactica Star superyacht was later auctioned in July 2019.

The US Government, represented by Joshua Lee Sohn, trial attorney at the DoJ, said it had initiated proceedings at the court, which hears many federal asset-forfeiture cases to seize a villa at 755 Sarbonne Road in western Los Angeles acquired in 2012 by Aluko.

This luxurious property, which includes an infinity pool and 1,400 square metres of land on the city’s heights, is estimated to be worth nearly $25m.

It said the mansion was acquired through “specified illegal activity” that justifies its confiscation.

Apart from the application to seize the mansion, the DoJ is also on a hunt for assets acquired on American soil by Aluko and Jide Omokore, another Diezani ally.

The DoJ said the duo received multiple shipments of crude at knock-down prices, resold to trading giants at comfortable profits and invested the proceeds in high-end real estate.

The department said Aluko also bought three other mansions in the US through shell companies, one in Beverly Hills worth $15 million and two in Santa Barbara valued at $33 million.