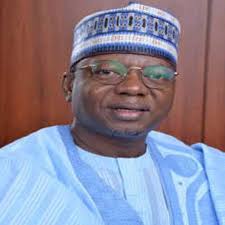 …Urges FG to strengthen security in the state

Senator Musa in a statement described the attack on the First Bank in the area and on innocent members of his constituency as unfortunate.

He commiserated with victims of the attack, saying the enemies of peace in the area would soon be brought to book.

“My deepest respect and admiration to the Emir of Kagara, His Royal Highness Alhaji Abubakar Salihu and the strong Kagara community for their resilient response to the recent senseless banditry attack,”

The lawmaker however reiterated the call for the federal government to strengthen security in Niger State, particularly in areas where bandits have been terrorising.

Senator Musa while commending the security operatives in the state, including members of the vigilante group, urged them not to relent in their selfless sacrifice towards restoring peace in the state.

“I would like to express my deep condolences to the families of the victims of this senseless attack. The heroism of the Police officers is indeed something commendable,” he said.