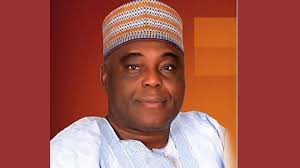 The Court of Appeal in Abuja on Friday declined jurisdiction to hear an appeal by politician and promoter of DAAR Communications, Raymond Dokpesi, owner of Africa Independent Television, AIT.

Dokpesi is standing trial with a firm, DAAR Investment and Holdings Company Limited before a Federal High Court in Abuja on charges bordering on diversion and breach of procurement law to the tune of N2.1 billion.

In the seven-count amended charge filed by the Economic and Financial Crimes Commission, EFCC, Dokpesi and DAAR Investment are accused among others, of diverting about N2.1 billion received from the office of National Security Adviser, NSA while Sambo Dasuki was in charge.

They had appealed the November 21, 2018 ruling by the trial judge, Justice John Tsoho, rejecting their no-case submission and ordering them to enter defence.

In a ruling on Friday, a three-man panel of the Court of Appeal held that the two notices of appeal, dated November 26 and 30, 2018, filed jointly for Dokpesi and DAAR Investment by their lawyer, Kanu Agabi (SAN), were incompetent.

In the lead ruling, authored and read by Justice Stephen Adah, the court upheld the argument by lawyer the prosecution, Oluwaleke Atolagbe, to the effect that it was wrong for the two appellants to file joint notices of appeal in a criminal case.

The court noted that Dokpesi and DAAR Investment, named as first and second defendants in the charge before the trial court, are separate entities. It added that in criminal cases, liability is personal.

The court held that Agabi’s argument that DAAR Investment was not dully arraigned before the trial court was out of place.

It stated that it is the practice that the filing of a notice of appeal must be done personally by an appellant and that where such an appellant is not a person, it must be signed by a senior official of the company.

It added that where a notice of appeal is not filed as required under the court’s Rules, it amounts to an abuse of process.

“An appeal initiated without regard for the rule of court is incompetent. A notice of appeal must be filed separately in a criminal matter. The law does not allow joint filing of a notice of appeal.” it said.

The court held that, having not complied with the court’s rules; the joint notices of appeal by Dokpesi and DAAR Investment are incompetent, thereby denying the court the requisite jurisdiction to entertain them.

“An appeal initiated without regard for the Rules of court is incompetent. The defect in these notices of appeal cannot be explained away. This appeal is therefore incompetent. It is accordingly struck out,” the court said.

The court did not determine the merit of the appeal.

Other members of the court’s panel were Justices Abdu Aboki (who led) and Mohamed Baba Idris.

Reacting, Agabi said the court struck out the appeal on noticing some defects.

He said his client would effect the necessary corrections and refile.