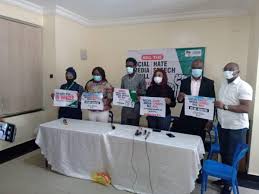 Some civil society organisations in the country have warned that any attempt by the Nigerian Senate to pass the controversial Social Media Bill will be met with stiff resistance.

The groups comprising of the Center for Liberty, TAP Initiative, Global Rights, Fredrick Nwabufo and the LEX Initiative for Rights Advocacy and Development.

In a statement on Thursday, the news that attempts were being made to pass the bill when plenary resumes was disturbing and should concern all Nigerians.

It reads, “We have read with utmost concern, the alleged plan by the 9th Senate to pass the social media bill despite its widespread rejection by Nigerians.

“According to the popular news medium that published the story, it is alleged that “they (the Senate) have already concluded plans to pass the bill. They are going to hide behind the COVID-19 issue and other national issues and pass the bill without delay. Their plan is to do it once they resume. It is already signed”. This, in our opinion, is most disturbing and all Nigerians should be worried.

“Passing the social media bill in such an underhanded manner would not only mean that the Senate is unwilling to listen to Nigerians, but also that it is willing to be an intransigent enabler of tyranny. For a fact, we know that the said bill was overwhelmingly rejected by Nigerians across all fields of endeavour during the public hearing on the bill.

“Our expectation following the public hearing on the said bill was a swift and decisive death of the bill, considering it will not only constrain citizens’ right to freedom of expression, but also assault and shrink the limitlessness of our civic spaces. The fact that the bill is still alive in the Senate is enough to heighten our suspicion that there may be a sinister motive to pass the bill despite its rejection by Nigerians.

“Again, the threat of the social media bill becoming law in Nigeria is made real when we remember how the incumbent government passed the Company and Allied Matters Act (CAMA) 2020, and the Reviewed Broadcasting Code, inserting nefarious clauses and sections into both, thereby bringing universal freedoms known to democracy under conspicuous and unchallenged threat in Nigeria.

“As civil society organisations, we have always considered ourselves to be progressive partners of the National Assembly, and in this case, the Nigerian Senate. It is, therefore, worthy of note that Nigerians will not accept a surreptitious passage of the social media bill, and such a move will drastically plunge our faith and confidence in the 9th Senate to the lowest nadir.

“Having read the swift denial of the Senate to the report by the popular news medium, however, we are encouraged to remain cautiously optimistic that the Senate would not betray the Nigerian people by passing the social media bill.

“Nevertheless, we want to urge Senator Opeyemi Bamidele’s Committee on Judiciary, Human Rights and Legal Matters to accept the overwhelming rejection of the obnoxious bill by Nigerians, and forward a report on same to the committee of the whole.”

The CSOs called on the Nigerian Senate to kill the bill as soon as possible as a way of reassuring Nigerians that it was out to protect freedom of speech and concentrate on important matters such as electoral reform and constitutional review.