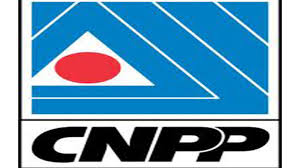 As the Ondo state Governorship election is fast approaching, the State chapter of the Conference of Nigeria Political Parties, CNPP, has said it will resist every attempt by the ruling All Progressives Congress, APC to plunge the state into violence that may lead to a repeat of the 1983 political crisis.

CNPP made its position known at a press briefing on the State of Security in the state ahead of the October 10, governorship election in the state.

The CNPP alleged that in the past few weeks, there had been increased violence, intimidation and subterfuge by the APC led government in the state, which it said manifested in the recent local government election held across the 18 local government areas of the state.

The Chairman CNPP, Rotimi Boboye said, “candidates of participating parties were intimidated, harassed and violently assaulted, while voters were disenfranchised and figures concocted to meet the pre-planned agenda of the APC.”

Boboye added that such violence has taken new dimensions with meetings of political parties being invaded by “known thugs/members of the APC, their cronies and agents.”

CNPP maintained that the violence which greeted the election and the alleged threat by a pioneer APC chairman in the state, Isaac Kekemeke to recruit political thugs for the governorship poll, confirms that the APC is not ready for a free, fair and credible poll.

“We as students of history know that our state was allowed to haemorrhage in 1983 and some of its finest citizens were killed in politically-induced violence. We are not ready and will not be tolerant of any attempt to repeat such needless and unconscionable violence in the name of politics.”

CNPP, however, appealed to the Directorate of State Services, DSS, the Inspector General of Police and service chiefs to take immediate steps to discourage the legitimisation of violence and the destruction of the nation’s fledgling democracy.

The group emphasized that it expects nothing but professionalism and demonstrable fairness from the police and indeed all the security agencies involved in the forthcoming polls as it urged them to display neutrality and fairness to all.