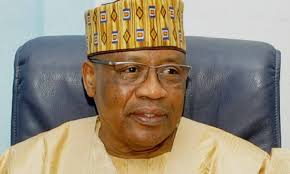 Former Head of State, Gen. Ibrahim Babangida (Rtd), has applauded the Chief Executive of Stanel Group, Stanley Uzochukwu, over his contributions to the growth and development of Nigeria’s economy.

Uzochukwu’s media aide, David Abakpa, explained in a statement in Abuja, that Babangida said this when the Stanel Group’s boss, and Senate Chief Whip, Orji Uzor Kalu, paid him a courtesy call in Minna.

Babangida told his guests that he was interested in the young entrepreneurs like Uzochukwu and Kalu who were impressively adding values to the growth of Nigeria’s economy.

“I am interested in identifying with younger generation of your kind. Keep up with the good work, my son.

The media aid said that Stanel Group had inaugurated street lights in Suleja, Niger, as part of its social responsibility to the host Community.

Abakpa said that the firm had set up a branch of Stanley ‘One-Stop’ luxury center housing a 24/7 Stanel gas plant, Stanel Bakery, Stanel Chicken Republic brand and other products of Stanel brands serving Suleja and Minna.

He said that the Suleja branch of Stanel ‘One-Stop’ luxury facility had gainfully engaged many indigenes of the state since its official inauguration by the state Governor, Abubakar Bello, on Sept. 4, 2018.

He added that Uzochukwu, also, in the spirit of Nigerian unity, hosted Ramadan fast with Muslim faithful in Suleja on May, 29.