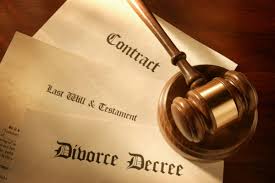 Mr. Joel Bamimore, a clergyman has begged a Customary Court sitting at Mapo in Ibadan, Oyo state capital to dissolve his 19-year-old marriage to one Seyi, on the grounds of infidelity.

Bamimore told the court that he was afraid of contracting sexually Transmitted Diseases, STD, from his wife.

The petitioner, on September 12, 2019 filed a divorce suit following his wife’s extramarital affair with another man.

However, the President of the court, Chief Ademola Odunade, then gave a ruling that Joel should first take his wife to the hospital for treatment due to the injuries he inflicted on her when he beat her up.

Odunade had in the ruling also advised the couple’s family members to resolve the conflict between them amicably.

But at the resumed hearing, the petitioner raised issues why the reconciliation will not work, saying that Seyi had not changed from her promiscuous lifestyle.

“My Lord, I took Seyi to the hospital as you directed, but while there, the Doctor told me in her presence she was discharging blood from her private parts because she had contracted an STD.

“I can’t continue to be living under the same roof with an adulterous wife, my life is not safe,” he said.

Seyi, who gave her consent for the divorce, denied all allegations leveled against her.

She told the court that she has no job, adding that her husband has taken away all her means of sustenance.

“After taking me to hospital, he suddenly began to accuse me of having an STD.

“He is lying. No physician told me I had an STD. My husband is a pathological liar.

“The man he accused me of having an affair with someone who has helped us. He gives us money and food when we had nothing to eat, especially due to my husband’s condition.

In his ruling, Odunade on behalf of the panel of judges, dissolved the marriage in the interest of peace.

He granted custody of the three children to the respondent and ordered the plaintiff to pay N15,000 as their monthly feeding allowance.

The Arbitrator advised Bamimore to learn to be tolerant and appreciate people who care for him, describing him as an ingrate.