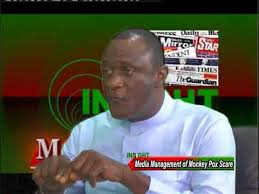 It is benumbing to see how much of decay we now presently suffer in the hands of bad governance occasioned by poor leadership and administrative incompetence. It is deepening everyday, digging into the cesspit of bottled anger, intemperate corruption, mutual suspicion within the ethnic faultlines, nepotism and massive insecurity.

The government runs in circles, dancing “azonto” on the grave of so many Nigerians who have been mauled down by killers on prowl in the name of kidnappers, bandits and insurgents. Nigerians have become endangered species in their own domain, with a future that is on reverse, looking hopelessly hopeless as a result of leadership atrophy.

Rather than engage the government in running cartel of power blocs, each trying to outwit the other as they struggle to have a stranglehold on the collective till of the nation. Corruption reigns supreme.

Nepotism has attained Olympian height. Mutual distrust has climbed the pinnacle of public discourse. The incident that happened in Enugu on Sunday presents a disturbing trend in the series of challenges confronting us as a nation. The members of IPOB had confrontation with the security agencies. At the end of the day, 21 persons were reportedly confirmed dead while several others escaped with bullet wounds. The security operatives also suffered their own casualty.

That is how insurrection starts from pocket of discontent to crisis of monumental dimension. Our security operatives still lack the basic understanding on how to engage people who are primed for self-determination.

Rather than apply moral suasion and take them on psychological re-orientation, they apply force and combativeness with a predetermined end. When a people are fed up with repetitive conduct that leads to nowhere, it is difficult to cut off their supply line in terms of conviction. Members of IPOB, even though proscribed, still carry the convictions in their heart of hearts and are ready to continue to champion the ideals that stimulate their collective struggle.

Instead of bullets, government ought to engage them, dialogue with them, use therapeutic and soul-healing words that could persuade them to lay down arms. When Boko Haram was being mooted by Mohammed Yussuf, those who could have applied common sense went to sleep, and allowed what ought to be a non-violent pressure group to wear the garb of killer squad today.

Using force to acquiesce a people set on an agenda of self-determination is going to be counter-productive. Engaging them with superior logic and argument based on their requests, is a more plausible approach that this language of bullets that could easily toughen ideologies and resolve to sustain a belief that is gaining traction. President Buhari and his tired security chiefs still think in the weather beaten rhetoric of using force to browbeat agitators to surrender. This is a democracy and not military rule.

Democracy permits peaceful agitations driven by ideological persuasions by any group or persons who feel aggrieved by the eccentricities of the moment. Democracy guarantees the freedom of assembly and association. This is supported by the constitution of the Federal Republic of Nigeria.

So, once a government sees that the activities of IPOB are gaining momentum, it must interrogate the rationale for such popular demand. Yes, an average Nigerian from the South Eastern axis would gladly reject another pogrom in the name of civil war, it is the more reason why government must engage them.

The Buhari presidency’s approach to resolving geopolitical differences is one that often times exacerbate them. Rather than proscribe the militant Miyetti Allah association that openly vomits hate and resentment against a race, the Buhari presidency continues to treat them with kid gloves.

You often see representatives of Miyetti Allah speak with such odious notoriety of gangsters, talking down on people as though Nigeria has become their conquered enclave. A word of caution became a sacrilege on the lips of government. It was hasty in proscribing IPOB whereas it seems to embrace the Miyetti Allah which has become a threat to the corporate wellbeing of farmers across the land.

At some point, the price of cow was more prized to them than any prize placed on humans. They spill blood and easily used cattle rustling as rationale for the mindless killings associated with this association. Nigeria is being butchered from different directions. If we allow any insurgency to germinate from the South-East, it will be the direct product of government’s insensitive approach to handling the demands of IPOB. I am yet to come to terms with government’s deliberate refusal to dialogue with leaders of IPOB.

In a country such as Nigeria, with so many nation-states, there has to be a balancing act to be able to pull together all the centripetal and centrifugal forces to strike the right synergy.

Thinking that group agitation would be swallowed up by the overall national interest, would be missing the point altogether. You may not like IPOB or its nomenclature, but they deserve considered audience that would provide them the ample opportunity to officially interrogate their demands. Solutions are not sought by the barrel of guns these days.

Syria has proven that fact. People, government and corporate bodies need to engage, and find a common ground to resolve lingering agitations. The Enugu scenario between IPOB and the security operatives is a pointer to further sinister motives that may not augur well for our corporate existence.

If Boko Haram is “annexing” the North-East, IPOB is doing same in the South-East, armed banditry is occupying the North-West, what would be left for us to contend with as a country would amount to a child’s play.

This is why I find the consultations of Governor Aminu Tambuwal as the right step in the right direction to tap experiences from those statesmen who have so much to talk about, but whose views are hardly sought by a government that is wearing the garb of ‘Mr. Know All’.

Within three days, Tabuwal had consulted with former President Obasanjo, General T.Y. Danjuma and Senator David Mark. How much of such consultation do we see from the government’s side? Every platform that will guarantee opportunity to engage, has to be exploited and exhausted.

We cannot afford another distraction at a time when the government itself has become a huge distraction to the citizenry. Nigeria is going down. Economic recession has set in. Revenue has depleted. The moral suasion that should help to inject some lifeline into our national psyche is absent, while there is lack of national consensus on salient issues bedevilling us as a people.

The Buhari presidency is too mute on many fronts. It is mute on provoking a national discourse to stimulate geopolitical conversations. It is mute on restructuring the country to give vent to zonal demands. It is mute on insecurity as it continues to rotate on the same axis and expecting different results.

It is mute on overhauling the security architecture that ought to be a springboard for result-driven interventions in securing the country. Over-fatigued security chiefs who have ran out of ideas, are still being directed to generate new ideas to reposition and refocus our security architecture.

President Buhari, this is the time for you to act. Prevarication, procrasti nation and feigning ignorance on issues that are tearing us apart will not help to cement our unity.

Tell your lieutenants to come up with platforms to engage Nigerians, before we put thee into full blown circle of monologue, with unpredictable outcomes. Time to jaw-jaw is now, tomorrow might just be too late.