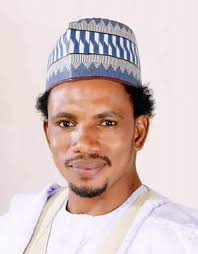 Senator Ishaku Abbo, representing Adamawa North in the National Assembly, has called on security agencies to draw a timeline to end insurgency so as to resettle the Internally Displaced Persons, IDPs to their homes.

Senator Abbo said this on Thursday, August 27 at the Teachers Village IDP Camp, during an oversight tour of the Senate standing committee on Special duties to Maiduguri, Borno state of some projects funded by the Northeast Development Commission, the National Emergency Management Agency and the National Commission for Refugees Migrants.

Abbo who was visibly angry and fighting back tears in the IDP camps said, “the primary responsibilities of the government as enshrined in the constituency of Federal Republic of Nigeria, is security and welfare of the people”

According to Abbo, “The real issue on ground is that this sea of children are living inside IDPs camp. They have to be resettled, they have to go back home.

“We cannot run an IDP Camp for 7 to 12 years, it’s a clear indication that we have failed, we failed as leaders and as a people. These people are losing their identities, they don’t know their villages, they don’t know where they come from, some are born in the IDPs, it cannot continue”

The senator who asked the IDPs in Hausa “what do you want? The people replied in unison we want to go back home”

“LGA by LGA these people must be resettled back to their homes so that they can have a dignified way of life and earn a living on their own. They cannot continue to be given food like beggars.

The senator however thanked Gov. Babagana Zullum for the good work he is doing for the people of Borno state and Nigeria at large.

Most of the IDPs came from Kukawa, Abadan and Marte Local Government Areas of Borno state.