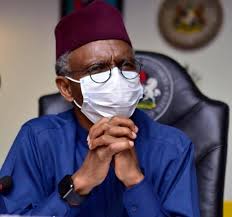 Following the removal of Kaduna State Governor, Nasir El-Rufai from the list of speakers at the annual conference of the Nigerian Bar Association, NBA, some aggrieved northern lawyers have exited from the association.

According to a statement released by the new group on Friday, the recent developments within the NBA have generated increased concern which necessitated their withdrawal from the association.

The statement read in part, “As a body of lawyers who have undergone training towards ensuring the promotion and protection of human rights and liberties, the NBA is supposed to live above sentiments, regionalism and discrimination on any basis and of any kind.

“Therefore, the NBA cannot afford to be seen not to be upholding the rights and freedom of its own members if at all, it should be seen to be practising what it preaches.

“The New Nigerian Bar Association have been watching the activities of the NBA, an association we all looked forward to joining with high hopes before being called to the Nigerian Bar, forcing idiosyncrasies of few on the majority of its members, especially in recent times,” the new association said.

The association also said the old NBA failed to uphold the fundamental principles of fair hearing which in itself, is the fundamental aspect of Rule of Law, on the allegations against the Executive Governor of Kaduna state, Mallam Nasir Ahmad El-Rufai.

“No wonder, NBA NEC, which is the highest decision-making organ of the association failed to uphold the fundamental principles of fair hearing which in itself, is the fundamental aspect of Rule of Law, on the allegations against the Executive Governor of Kaduna state, Mallam Nasir Ahmad El-Rufai as were contained in a petition by Chidi Odinkalu Esq. a long-time foe of His Excellency and a lawyer of eastern extraction, but the NBA failed to extend the same treatment to Southern invitees who were also petitioned and are also alleged to have committed similar or more human rights abuses than those alleged against Mallam El-Rufai.”

The lawyers had threatened to boycott the conference if El-Rufai was not reinstated as part of the speakers.

The new association said NBA mandatory membership is against the provisions of the constitution which recognises freedom of membership of every association, as provided in section 40.