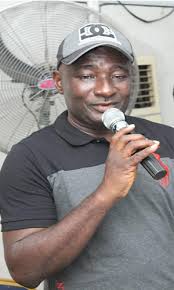 The Special Marshal of the FCT Command of the Federal Road Safety Corps, FRSC, has warned motorists, especially commercial drivers in the territory to stop overloading their vehicles.

The FCT Coordinator of the FRSC Special Marshal, Engr Usman Adaji, gave the warning in an interview with our correspondent in Abuja.

Adaji stated that whoever was cought carying more than required number of passengers in a vehicle will be arrested and booked accordingly, saying that the Corps will no longer tolerate any act of traffic offence.

He said the Corps have been embarking on public enlightenments and workshops in the FCT on the issues of overloading and other traffic offences, saying that they should srickly obey all the traffic rules and regulations to avoid been apprehended.

“On the issue of overloading, I think it is a serious issue and that is why we have been organising workshops and seminars to address the problem by talking to them so that they can change” he said.

Speaking on what will qualifies one to be a member of the Special Marshals, Adaji stated that one must be gainfully employed or otherwise be self employed, saying that anybody without source of income would not be accepted.

He said, “One of the qualifications is that you must be gainfully employed or self employed. You must have something reasonable doing that earns you money because, sometimes we contribute to carry out programmes, such as workshop, seminars among others”

“Special Marshals are the volunteer arm of the Federal Road Safety Corps. This volunteer arm was created by the same FRSC statute Section 10 (1)“the Corps” which shall consist of such number of uniform and non-uniform members as may be determined, from time to time, by the Commission. FRSC Establishment Act (2007)”

“The Act empowers the Special Marshals to carry out patrol and other activities that ensure good road usage on our highways. Just like our regular counterparts, Special Marshals can arrest and book traffic offenders as well as prosecute them when necessary” he said.

“We also monitor road users and Road Marshals with a view to providing constructive feedback to the Commission” he said.

On drivers that had formed the habit of drinking alcohol before driving, he said, “We have been advising them to desist from that attitude. It is an attitudinal problem and that is why we have been educating them at various motor parks in FCT that it is dangerous to drink and drive”