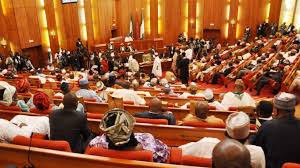 Senate Joint Committee on Finance and National Planning have directed the Accountant General of the Federation, AGF, Ahmed Idris, to investigate the payment of $18.323billion being dividends accrued from the Nigeria Liquified Natural Gas, NLNG, between 2004 and 2020.

The AGF was also to determine if there was any deduction by NNPC, how much was deducted, and who authorized the deductions as well as the exchange rates that applied for the amount that was remitted over the years under reference.

According to the statement, Mrs. Eyono Fatai-William, the general manager (External Relations and Sustainable Development) of NLNG had presented a financial summary of the company from 1999-2019 and said the NLNG had paid a dividend of over $18 billion to Nigeria between 2004 and 2019.

Fatai-William also insisted that the NLNG is committed to a culture of transparency and integrity.

However, when Adeola asked the Accountant General of the Federation, to confirm if the dividend was actually paid into the Federation Account, he said it was difficult to immediately determine if it had been paid because the dividend is usually paid to the NNPC – that represents the Federal Government in the NLNG.