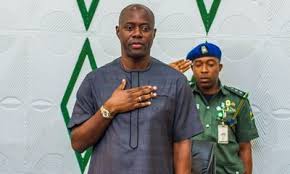 Ahead of the October 10 election, PDP named Zamfara state governor Bello Matawalle as Deputy Chairman and Abdullahi Maibasira is the secretary.

The National Publicity Secretary of the PDP, Kola Ologbondiyan, said the committee will be inaugurated on Friday at the PDP National Secretariat in Abuja.

Eyitayo Jegede, a former attorney-general in Ondo State, is the candidate of the party for the election.

He will be contesting against incumbent, Rotimi Akeredolu of the All Progressives Congress, APC and deputy governor, Agboola Ajayi, candidate of the Zenith Labour Party, ZLP.