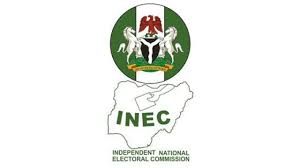 According to INEC, fourteen legislative elections will be conducted in ten States on October 31.

“Some of the political parties did not specify the venues within the respective constituencies for the conduct of their primaries. Their attention is hereby drawn to the provisions of Section 87(4)(c) of the Electoral Act, 2010 (as amended).”

“The section makes it mandatory for any party that intends to nominate a candidate to the Senate, House of Representatives and State House of Assembly to hold its congresses in the respective senatorial district, federal constituency and the state assembly constituency.”

INEC confirmed that Speakers of Enugu and Katsina State Houses of Assembly have notified it of the deaths of members representing Isi-Uzo constituency and Bakori constituency, respectively.

With their seats declared vacant, the total number of by-elections are now 14.

“The commission has released a harmonised timetable and schedule of activities for two constituencies. The Notice of Election shall be published on August 26 and political parties shall conduct their party primaries between August 27 and September 8″, Okoye added.

The official disclosed that the harmonized timetable and schedule of activities have been uploaded on the commission’s website and social media platforms.