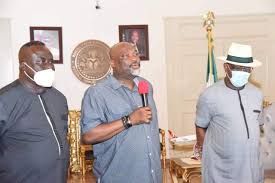 As the clamour for an Igbo president of southeastern extraction intensifies, a political pressure group, the Nigeria Presidential Project, NPP, has indicated that it has started mobilising political parties to support the project.

The National Publicity Secretary of the group, Tony Nwachukwu, stated this in Owerri, Imo state that prominent Igbo people in the course of their mobilisation tour would seek their consent to key into the campaign.

‘You can’t be talking of zoning presidency to the south when a southerner is the chairman of a political party. For instance, PDP should restructure their operational system, maybe zone their national chairman to the North and thereafter distribute their position the way it should be. If they don’t do that, maybe a northern presidential candidate will run on their platform.

‘When we pressure political parties to zone their presidential candidates to the South-East, what we are doing is that we are positioning Ndigbo to test run their ballot power in 2023,’ he said.