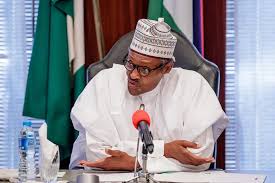 Buhari Media Organisation, BMO on Tuesday said that Nigeria’s rating alongside China and India as one of the ten countries with the ‘most notable improvement’ on the ease of doing business is a welcome development.

BMO recalled the World Bank’s ease of doing business report for 2020 indicated that getting electricity, enforcing contracts, and registering property as part of the reforms that contributed to the improvement which ranked Nigeria 131 among the 190 countries ranked.

In a statement signed by its Chairman Niyi Akinsiju and Secretary Cassidy Madueke, BMO noted that “this improvement is suggestive of the fact that the country has made commitments to improving the business environment, making it possible to be listed with economic giants like India and China.

“This will subsequently impact positively on both local and foreign investors making Nigeria a core primary investment destination in Africa.”

The group also took into consideration the new Company and Allied Matters Act, CAMA which is expected to revolutionalise the ease of doing business in the country.

According to BMO, the fight against corruption is what is reflecting in the ease of accessing licenses and registering companies, compared to what obtained before.

“We now have policies that are directly institutionalising the war against corruption and it is impacting on the processes of doing business and that is what is making the difference now.

“Prior to now, people had to pay much more and wait for a longer period of time to secure a license to set up a business. Acquiring properties was somewhat different and fraudulent.

“Now it is easier to get Certificate of Occupancy because of the digitalisation of the process” it said.
The group expressed confidence in the CAMA and the momentum that has been gathered in the last four years.

“We are optimistic that in the next two years when the ranking will be reviewed, we will get to the top 100 countries in the ease of doing business ranking”, it stated.