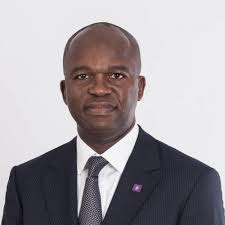 Abiru announced his retirement that will take effect from August 31, in a farewell message to the staff of the bank.

The former Lagos State Commissioner for Finance explained that having served in the banking industry for nearly three decades, he had resolved to retire to enable him contribute his quota in other areas of the society.

Polaris Bank also confirmed that Abiru successfully completed his second two-year tenure at the helm of the bank.

“It gives me great pleasure to say that with the support of the board, executive management and all of you, we have delivered on the mandate given to us by the Central Bank of Nigeria upon assumption of office in 2016,” he said.

Going down memory lane, he reminded staff of the bank’s poor state before he assumed office in 2016 as the group managing director of the erstwhile Skye Bank.

He noted that all prudential ratios were out of compliance with regulatory requirements, capital was negative, the loan book was mostly delinquent, while liquidity faced deposit attrition.

Then he added, the IT infrastructure was dilapidated and employee morale was low, resulting in erosion of public confidence.

He praised the staff for working with him to reverse the trend and bring about an institution that had become a compelling case study in corporate turnaround within Nigeria’s financial services industry.

He rose to the position of Executive Director at First Bank Nigeria Ltd (2013-16) and was also the Honourable Commissioner of Finance, Lagos State, between 2011-13 under the dynamic and transformational leadership of Babatunde R. Fashola (SAN) as Governor.

He was appointed in July 2016 by the Central Bank of Nigeria (CBN), as Group Managing Director to lead the turnaround of the regulator-induced takeover of the then troubled Skye Bank, in a bid to preserve the stability of the overall Nigerian Financial System. The successful completion of the assignment gave birth to today’s Polaris Bank Limited.