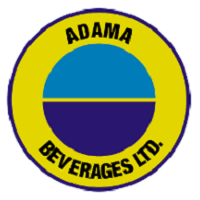 There was a report in the media, claiming that some female staff of Adama Beverages, makers of Faro juice and Faro table water were being molested by Indian expatriate management staff.

However, Union of Food, Beverages, and Tobacco Senior Staff Association, FOBTOB, of the company, faulted the report, calling it “fake news”.

A statement co-signed by the chairman of the Union, Palke Bwalbumo and the Secretary, Danjuma Audu, faulted the said news item in its entirety, saying it is libelous aimed at tarnishing the good image of the company.

“Concerning reports in a section of the media alleging that the management of Adama beverages Ltd, producers of the popular Faro table water and beverages engaged in unethical conducts inimical to industrial labour relations. We wish to state that the story in its entirety is fabricated lies aimed at tarnishing the image of our company and its management led by Mr. Francis Vazheparambil.

“Taking into cognizance that the so called ‘spokesman’ of the company’s Union referenced in the story, Abdullahi Maigida Bello, is not an employee of the company, we are compelled as a responsible union to set the records straight.

“For the avoidance of doubt, there has never been any case of molestation of any female worker or anyone in the entire workforce.

“Despite deep economic turmoil caused by the COVID-19 pandemic, there has not been any mass sack in Adama beverages and no staff is owed salaries as all wages are paid promptly.

“The union rejects the claim that there was a blockage of roads and vehicle movement within the precinct of the factory as reported.

“The union called for the withdrawal of all fallacious publication against our COO Mr. Francis Vazheparambil, whose sterling leadership has impacted positively on the company.