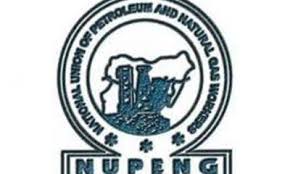 Nigeria Union of Petroleum and Natural Gas Workers, NUPENG, on Thursday, issued a seven-day nationwide strike notice over the alleged non-procedural sack of members by Chevron Nigeria Limited and its service contractors on Wednesday.

The union, in a statement on Thursday, lamented that no fewer than 175 members working in YKISH Integrated Services for the off-site/on-site maintenance services with Chevron Nigeria Limited, Delog Nigeria Ltd and EUROFLOW Services, (all service contractors to Chevron Nigeria Ltd), were sacked through WhatsApp messages.

In the statement by its President and General Secretary, Prince Williams Akporeha and Afolabi Olawale, respectively, the union demanded their immediate reinstatement within seven days, failing which members would down tools and begin a nationwide strike.

The statement read in part: “We wish to emphasise that this lack of respect and sensitivity to Nigerian extant labour laws, international conventions and global best practices is gradually becoming the stock in trade for Chevron Nigeria Limited and its various contractors.

“There are still several other lingering infractions and issues against workers yet to be addressed by Chevron Nigeria Limited and its contractors, even after several regulatory institutions like Federal Ministry of Labour and Employment, Department of Petroleum Resources, DPR, and NAPIMS had ruled on these matters several times.

“These include, among others, illegal deduction of workers’ benefits since 2012 and flagrant refusal to refund to the terminated workers the excess deductions made in their meager terminal benefits.

“Continuing discrimination against contract workers as evident by the refusal of Chevron management to pay quarantine allowances to contract workers, as it was done for all permanent workers, all contributing to the production and profits of the organisation and suffered the same inconveniences during the period of quarantine.

“The management has refused to pay for the 2018 annual vacation not taken and not paid for.

“As a responsible and very responsive organisation, we are very mindful of the magnitude and spiral effects of our industrial actions to the economy of our great country, while at the same time we owe our members the duties to promote, project and protect their job interests.

“Consequently, we are calling on the general public, the media and all concerned authorities in the country and the industry, including Minister of State for Petroleum, Chief Timipre Sylva; Ministry of Labour and Employment, Group Managing Director of NNPC, Mallam Mele Kyari, National Assembly, law enforcement agents and the Embassy of the United States of America to call Chevron and its service contractor(s) to order on these matters to avert avoidable industrial action from the Union.

“The sacked contract workers must be recalled back to work immediately, status quo maintained, while Chevron Nigeria Limited and its contractors properly engage the leadership of the Union on all these matters raised for firm and final resolutions.

“In the interest of industrial peace and harmony, our demand must be met within the next seven days otherwise we may be forced to call out all our members on a nationwide industrial action.”