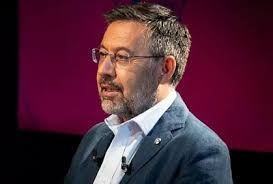 Barcelona president, Josep Bartomeu, has named the players that the club looks to rebuild its squad.

The LaLiga giants are ready to offload a number of senior players, following a dismal season that culminated in 8-2 thrashing against Bayern Munich in the Champions League.

Bartomeu, who has refused to resign from his position, said: “Messi is untouchable and non-transferable. He knows it, we all know it.

“But there are various non-transferable players like (Marc Andre) Ter Stegen, (Clement) Lenglet, (Nelson) Semedo, (Frenkie) De Jong, (Antoine) Griezmann, (Ousmane) Dembele. Players we are counting on in the future.”

He also named Ansu Fati, 17, as another who will be part of the future at Barca.

“We have had (offers) for Ansu Fati, for example. But Barca does not want to sell players, although we receive several offers for players.

“We don’t want to sell him. He has a great future. I’m telling you from here, he’s non-transferable,” Bartomeu added.