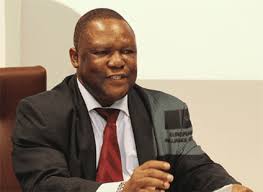 Department of State Services, DSS has released a former Deputy Governor of the Central Bank of Nigeria, Obadiah Mailafia, after he honoured the second invitation of the agency on Monday.

Mailafia is being questioned over his comment on the state of insecurity in Kaduna State.

The former CBN Deputy Governor had said during the lockdown that the insurgents were moving and distributing arms and ammunition across the country.

Mailafia was released a few hours after he arrived at the office of the DSS in Jos, Plateau State.

Speaking with journalists, Mr Mailafia’s lawyer, Yakubu Bawa, said his client was not manhandled by the DSS, adding that the invitation was to get more clarification on his claims.

He said, “This second invitation is still in line with the first one. DSS needed more clarification on the issue which my client provided and nothing else.

“He was not manhandled but treated with respect by men of the DSS.”