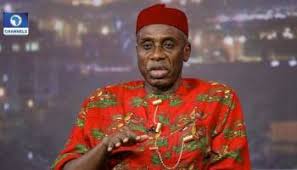 Minister of Transportation, Hon. Rotimi Chibuike Amaechi on Monday in Abuja was interrogated by the House of Representatives, over rail and other projects worth billions of naira executed by his ministry.

During the interrogation by the Public Hearing on Treaties and Protocols committee, Ameachi said he was not aware of a N33 billion worth of contract but only $1.6 billion contract.

Amaechi during an inspection over the weekend, urged the National Assembly to stop probe into the Chinese loans as it might hinder the Federal Government from accessing a $5.3 billion loan request from China to kick-start the Ibadan-Kano part of the rail project.

“The National Assembly should stop this investigation of loan,” the minister stated.

“They are not investigating corruption of construction. What we meant is that they should allow us to get the loan for Ibadan-Kano, which is about $5.3 billion, because if the Chinese government have the feeling that you don’t like the way they lend you money, they may withdraw their loan offers,” he added.