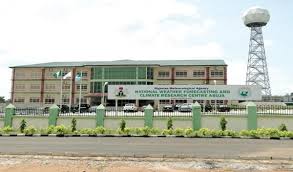 Management of the Nigerian Meteorological Agency, NIMET, has insisted that there is no justification going on strike by the joint union of aviation workers.

Recall that the joint unions of Association of Nigeria Aviation Professionals and the National Union of Air Transport Employees had last week threatened to embark on industrial action following a slash in their salaries.

Reacting in a letter in letter sent to the unions by Professor Sani Mashi, Director General of NiMET, the agency said most of the claimed sundry issues have either been addressed or was currently being attended to.

The DG said the strike would rather distract the agency’s attention in pursuing the agreement, adding that the resolutions reached in March 2019 by the Ministerial Committee on the Harmonization of Salaries of Staff in Aviation Agencies would be upheld.

On the issue of payment of promotion arrears, NiMET said the responsibility lies with the Office of the Account General of the Federation, and not the agency, adding that it has since been pursuing the matter to that effect.

“Agency’s Department of Accounts & Finance have computed and paid monetary compensation to all Staff on essential duty. As at last week, only one (1) week palliative was in arrears and this has been settled this week.

“It’s a known fact that the Agency does not pay its Staff salary. The Federal Government, through the Office of the Account General of the Federation, pays such salaries to Agency’s Staff.

“On the issue of lateral conversion, the management wishes to state that it is not true that the Agency is denying lateral conversion to staff on professional cadres who graduated after attaining grade level 10 as posited by your Unions.

“However, in 2016 when the Agency’s Senior Staff Committee recommended for the lateral conversion of Officers on Salary Grade Level 10 and above, the Ministry of Aviation stepped it down on the ground that the Agency’s practice contravenes Extant Rules and Regulations.

“The management wishes to categorically state that it has been doing all within its power to positively ameliorate all the sundry issues raised by the Staff and all the Unions in the Agency.

“The agency, however, recognizes and respect the Constitutional provision for the freedom of association of the citizen of the Federal Republic of Nigeria, and enjoins the Unions to equally respect the sanctity of the Law of the Federal Republic on Nigeria. The management therefore call on all the staff, in consideration of the rule of Law, to immediately discountance the call for the strike,” part of the letter read.