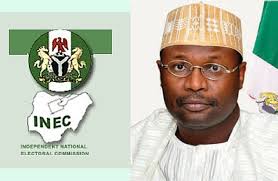 Independent National Electoral Commission, INEC, has reiterated that the Edo governorship election will hold regardless of the pronouncement of the Supreme Court on the 23 deregistered political parties which the Court of Appeal had nullified their deregistration by the electoral umpire.

According to him, the court can only give what litigants prayed for and not what they did not pray for, saying that the 23 political parties which the Court of Appeal had given conflicting judgments over their deregistration will not be part of the Edo governorship election.

“The court is not a Father Christmas, it only gives what you prayed for and not what you don’t pray for.

It would be recalled that on July 29th, 2020, the Court of Appeal, Abuja Judicial Division in an appeal filed by the National Unity Party, NUP, affirmed the power of the INEC to deregister political parties that fail to meet the constitutional threshold in section 225A. Dissatisfied with the judgment the National Unity Party lodged an appeal which is presently pending before the Supreme Court.

In the same vein, the Court of Appeal on the 10th of August, 2020, delivered judgment in a suit filed by Advanced Congress of Democrats, ACD and 22 others on their deregistration.

In the judgment, the Court of Appeal held that the deregistration of ACD & 22 others is ultra vires the powers of the Commission and ordered the Commission to reinstate them.

Meanwhile, the Commission said it is focused on preparations for the conduct of the Edo and Ondo Governorship elections scheduled to hold on September 19, 2020 and October 10, 2020 and is strictly and methodically following its timetable and schedule of activities derived from the Constitution and the Electoral Act.