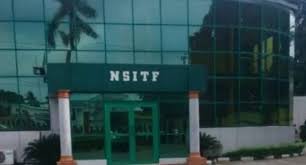 The suspended management of the Nigeria Social Insurance Trust Fund, NSITF has declared that it is ready to face probe, over alleged N3.4 billion financial infractions leveled against it, only if it is conducted by an independent panel of inquiry.

In a statement issued on Monday by the suspended Managing Director, Adebayo Somefun, the management noted that under the principle of fair hearing, the minister should not have constituted the investigative panel, being an interested party.

Reacting further to the probe panel set up by Labour and Employment Minister, Chris Ngige, Somefun who was speaking on behalf of the suspended management said that the Presidential Joint Board and Audit Investigation Panel to probe alleged financial impropriety was pre-selected.

According to him, the strange and suspicious barring of Adeniyi, who is also the President of NECA, from the panel, indicated the possibility of an already pre-planned indictment of perceived non-loyalists within the agency.

He said: “All that were done in the award of contracts, training and budgets of the agency were approved by Ngige and the Parastatals Tenders Board, as the case may be.

“The suspended management approached the National Industrial Court (NIC) to enforce the spirit of fair hearing on the allegation of infractions Ngige levelled against some workers of the agency.

“The clarification became necessary after Ngige accused the affected workers of dragging him and President Muhammadu Buhari to court over allegation of financial infractions.