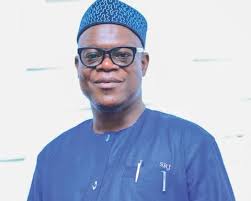 Chairman of the Senate Committee on Media and Public Affairs, Senator Ajibola Basiru, has chided the Director-General of the Progressive Governors’ Forum, PGF, Salihu Moh Lukman, for criticising the All Progressives Congress APC handling of Edo State election campaigns as weak, defeatist and cowardly.

He has also called on the Governors’ Forum to immediately call Lukman to order, and bar him from making disparaging remarks about the party.

According to the senator, “Those who really have nothing useful to contribute to the ongoing campaigns should desist from making remarks that will discourage genuine democrats who are working for the progress of APC and the country.

Basiru, who was the Secretary of the APC Credentials Committee on Edo State governorship poll, dismissed Lukman’s view point as conceding electoral victory to the opposition before casting the first ballot, and that no true progressive-minded individual ought to nurse such negative view point.

He said: “The approach advocated by the DG that Adams Oshiomhole should be withdrawn into the background is cowardly, weak and at its best, defeatist as well as treacherous. Can anyone withdraw his best asset when needed most?

“We shall be indulging in self-delusion if we say Oshiomhole is not important or central to the on-going campaigns especially when the opposition has made him the focus of their campaign.”

The Senate spokesman reminded the DG that the same Oshiomhole led Governor Godwin Obaseki by the nose and campaigned vigorously for him to become governor four years ago.

“It is disturbing for a progressive to take the position of Salihu berating your own party publicly as ‘beating the drums of war’ and so awarding conceding victory to your opponent before the actual contest.

“The view of the DG that Pastor Ize Iyamu is an on looker in his own election is also not correct because Iyamu is sufficiently popular and had been in political limelight in the state for many years. In fact we fought ‘tooth and nail’ to defeat him in the last election,” he added.