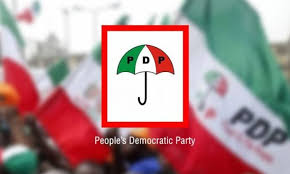 The Chairman, PDP, Board of Trustee, BoT, Sen. Walid Jubrin made the commendation in a statement made available to newsmen on Sunday in Abuja.

He expressed his delight that commission followed the advised given during a stakeholders meeting chaired by INEC Chairman, Prof. Mahmood Yakubu, in Nasarawa Local Government Arae of the State Wednesday last week.

Jubrin recalled that at the interactive session stakeholders stressed the need for free, fair and transparent election, emphasising that the bye election should be a test case for Edo, Ondo and 2023 elections.

The BoT chair also recalled that he emphasized the need for the PDP and All Progressives (APC) that contested the bye election to be united and avoid any form behaviour or action that could cause violence.

“May I therefore congratulate INEC and all of us for adhering to the advice of INEC Chairman.

“During the last election I did not witness any fight and the advises of the INEC National Chairman and my own as the PDP BOT chairman were strictly followed.

“May I advise all parties to follow the example of Nasarawa Bye election extremely. Even though APC defeated PDP we should never fight with any one.”

Jubrin also commended the efforts of all security agencies, adding that he did not sight any soldier.

“At this juncture may I advise that all elections in the local governments, state and national to be conducted by INEC,” Jubril said.

INEC had declared the APC, Ismail Danbaba, winner of the Saturday bye election. Danbaba scored 7,475 to defeat his only rival, Bage Nuhu of PDP who got 4,608 votes.