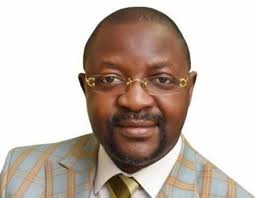 Abuja Division of the Federal High Court on Monday held that the restraining order on the Minister of Youth and Sports Development, Mr Sunday Dare, against the leadership of the National Youth Council of Nigeria, NYCN under Saraigbe Sukubo subsists.

The court also affirmed its earlier order on Sukubo to stop parading himself as the National President of NYCN, pending the determination of a legal action challenging the legality of the congress that produced him.

At the resumed hearing in the matter on Monday, Sukubo, who is the first defendant, informed the court through his counsel, Clement Aninuoya, that he had filed a motion asking the court to set aside the restraining order.

Anunuoya also told the court that the Incorporated Trustees of the NYCN, which secured the restraining order against him, had filed a counter affidavit opposing his motion and served same on him during the proceedings.

He therefore prayed the court to grant him an adjournment to enable him react to issues raised in the counter affidavit of the plaintiff.

In a short ruling, trail judge, Justice Taiwo Taiwo, granted Sukubo’s request and adjourned till August 24, for hearing of all pending motions.

Justice Taiwo however held that the restraining order granted by his court restraining the Minister of Youth and Sports Development from recognizing thedisputed NYCN leadership and its president from parading himself still subsists until it is set aside.

He warned that no party in the matter should do anything to overreach the court in the issues slated for resolution.

The Incorporated Trustees of the NYCN had dragged Sukubo and and Minister before the Federal High Court challenging the legality of the congress that produced Sukubo as the national president.

In an exparte application of the NYCN Board of Trustees argued by its counsel, Mr Michael Ogobuchi, Justice Taiwo had slammed a restraining order against the Minister of Youth from accepting Sukubo as the leader of the council and also Sukubo from parading himself as president.

Before adjourning the matter to August 24, 2020, Justice Taiwo had queried the counsel to the first defendant for writing a letter to the Chief Judge of the Federal High Court asking for hearing of the case during court vacation without copying the counsel to the plaintiff as required by rule of the court.

The court therefore warned lawyers to always play by the rule of the court and in compliance with extant law.