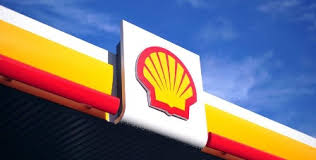 The Letugbene people fo Ekeremor Local Government Area, Bayelsa State have shut down a drilling rig belonging to Shell Petroleum Development Company, SPDC, alleging the company’s failure to accord them recognition as the rightful owners of the land where Tunu flow station is located.

The people ordered work to stop at the oil rig of the Specialty Drilling Fluids Limited during a protest also threatened to shut down the Tunu flow station if the company fails to meet their demands within three days.

The protesters expressed discontentment at the refusal of the multinational company to accord them the status of true landlords of the site where Tunu flow station is situated, despite a court judgment acknowledging them as rightful owners.

The people told SPDC to obey the decision of the court and meet their demands, reiterating their commitment to a peaceful resolution of the issue.

They also sought the intervention of relevant authorities to avert a breach of the peace.

Speaking on behalf of the protesters, Wilfred Ekere, native of Letugbene community, said: “We are here on a peaceful protest, SPDC being our tenant over the years have operated and have neglected Letugbene and the entire Eduni people. We have been in litigation when they broke into the land.

“The litigation has lasted for more 30 years now and eventually the case was decided by the Chief Justice of Bayelsa, Justice Kate Abiri and it was in favour of Letugbene community. SPDC having seen that the case has been won by Letugbene community connived with the neighbouring community, Egbema-Angalabiri, immediately on that fateful day filed a notice of appeal.

“Thereafter the Egbema-Angalabiri went to Supreme Court. That is where we are and ever since SPDC has broken into our land. Last year they came with a rig without consulting the Letugbene people that have won the case twice and employment was not done, no contract, empowerment whatsoever.

“This year again they came with another rig and it is the desire of Letugbene people that they stop the rig operation for now and if they fail this time around then the rig will not continue. We are here on the ground at the rig location. Our women, our youths are all on board the rig.

“Presently the rig has been shut down and it will remain shut down until when SPDC will come to a round table talk with Letugbene and resolve this issue. Over the years JTF has called several meetings at Yenagoa, Igbogene operation Delta safe and this matter have been discussed severally and the JTF asked the SPDC to engage the Letugbene people which they failed and this time around we are not going to go anywhere we will discuss here.

“We are using this medium to invite the Vice President of Nigeria, Bayelsa State Governor and well-meaning Nigerians. There is no law on the ground that anybody that won case twice cannot exercise his right. Moreover, there is no stay of execution on the appeal pending in the Supreme court.

“So we are calling on relevant agencies to come to our aid so that let this matter be looked into and be decided so that Letugbene will take possession of our land. We cannot be here and shell continuously broke into our land forcefully to do their work.

“In this very field called Letugbene location in the year 1971, the year the first oil well was drilled. It was acquired from Letugbene. After that SPDC made friendship with those it loves so much and decided to ignore the Letugbene people and started dealing with their friends. That was what made Letugbene to go to court against SPDC.”

Also, the Community Laison Officer, Abraham Butu, said: “Right now we are sending a message to Mr President and the Vice President and all the security and the Chief of Army Staff, especially the Senate President.

“What we are saying is that Tunu belongs to Letugbene and from now till Tuesday if nothing is done to call Letugbene community to negotiate with Shell, I think we will go to Tunu flow station. Now we are in the rig, next we are going to Tunu flow station to shut it down, no operation, no generator will be put on”.