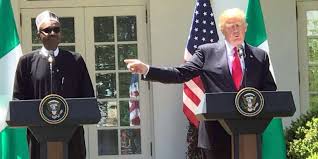 Due to the worsening security situation across Nigeria, the U.S. government has advised its citizens not to travel to many states in Nigeria for security reasons.

The reasons include terrorism, kidnapping, civil unrest and maritime crime among others.

The U.S. government published this advisory on the website of its Department of State, Bureau of Consular Affairs.

The U.S. advised Americans not to travel to Borno, Yobe and the Northern part of Adamawa State where activities of terrorism is high.

Adamawa, Borno and Yobe are the three states most affected by the Boko Haram insurgency that has claimed tens of thousands of lives since 2009 and displaced millions of others.

The U.S. also advised its citizens not to travel to Adamawa, Bauchi, Borno, Gombe, Kaduna, Kano, and Yobe states due to kidnappings for ransom that has become rampant.

For maritime crimes, civil unrest, kidnapping and other crimes, the consulate listed the coastal areas of Akwa Ibom, Bayelsa, Cross Rivers, Delta, and Rivers states – with the exception of Port Harcourt – as vulnerable areas.

While giving its summary of Nigeria, the consulate said the country is known for violent crimes such as armed robbery, assault, carjacking, kidnapping, and rape.

“Exercise extreme caution throughout the country due to the threat of indiscriminate violence.

“Terrorists continue plotting and carrying out attacks in Nigeria, especially in the Northeast. Terrorists may attack with little or no warning, targeting shopping centers, malls, markets, hotels, places of worship, restaurants, bars, schools, government installations, transportation hubs, and other places where crowds gather.

“Sporadic violence occurs between communities of farmers and herders in rural areas.”

It also warned that the U.S. government has limited ability to provide emergency services to U.S. citizens in many areas of Nigeria due to security conditions.

Many people have also been killed in renewed violence in Southern Kaduna, Kaduna State.

Amidst the worsening security situation, the Senate (twice) and the House of Representatives have demanded the sack of the service chiefs, who should have retired from the military based on military rules. President Buhari has repeatedly rejected the lawmakers’ resolutions.

The president said, at a security meeting on Monday, that the military chiefs had done their best despite the security situation. He asked them to do more to resolve the multiple problems but resisted calls for their removal.