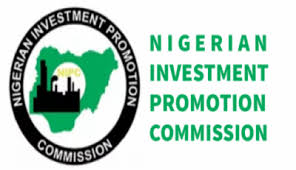 Niger Delta Development Commission, NDDC has debunked allegations that it diverted N6.25 billion approved by President Muhammadu Buhari as palliatives for the poor in the Niger Delta region.

But the NDDC Director, Corporate Affairs, Charles Odili, in a statement faulted the claims of Jackrich and explained that his committee later became redundant because of new realities that emerged in the Niger Delta states.

Describing the claims of Jackrich as false Odili said it was orchestrated by the same forces waging a campaign of falsehood against the commission and its management since Buhari ordered a forensic audit of the operations of the NDDC.

He said: “High Chief Jackrich approached the commission to work with it in different ways. He was then chosen to oversee the Committee involved in the distribution of the COVID-19 Palliatives to communities in the Niger Delta. The Committee was put in place to ensure transparency in the process.

“Immediately the constitution of this committee was announced, some of the state governors reached out to the commission that they would have nothing to do with it.

“Instead, they demanded that the palliatives meant for their states be given to them. In fact, one particular governor declined to give the permit to move the items during the COVID lockdown unless the commission directly deals with his government in the matter.

“The Education, Health and Social Services Directorate (EHSS), which oversees the COVID-19 response, raised a memo advising management to accede to the demands of the governors.

“On May 23 2020, management approved the request of the EHSS directorate. As a result of this approval and the change in policy, the task of the High Chief Jackrich Committee became redundant. This means the High Chief was no longer and could no longer be involved in the direct distribution of the palliatives. This also means he could not have accurate information on the exercise.

“As at today, none of the nine state governments has denied receiving its own share of the food items for distribution under the COVID-19 Palliatives programme.

“The bulk of Mr. Jackrich’s petition dwelt on the refusal of the IMC to pay him a humongous amount of money for being Chairman of the Committee. This has led to this blackmail”.

Odili said apart from the palliatives distribution to vulnerable people, the COVID-19 Intervention of N6.25 billion approved by President Buhari had two other components of procurement of medical kits and a public sensitisation campaign.

He added: “All the procured equipment have been distributed to the nine Niger Delta states and received by the state governments.

“Beyond COVID-19, this intervention has boosted the health care delivery capacity of the nine states. We are grateful to Mr. President for this intervention, which has saved lives in the region.”