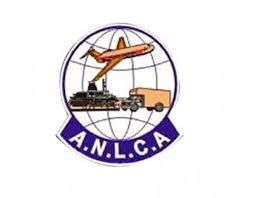 Association of Nigerian Licensed Customs Agents, ANLCA has inaugurated a zonal task force committee that will assist its members to address shady practices going on at the ports.

Speaking at the inaugural ceremony of the members which held recently, Mr. Kayode Farinto, the Vice President of the association, said the task force committee should not relent in their efforts to address lots of challenges Customs brokers are currently facing.

According to Farinto, “The coordinators should restructure and rotate these appointed officers so that they can be working 24 hours of the day. Most of the problems associated with sharp practices at the ports occur usually at night. The Issue of zonal task force is long overdue. We may be coming late but we are going to meet up with whatever is on ground.”

The ANLCA Vice President added that the task force is not composed to confront any government agencies but to solve the problems of sharp practices in the ports.

On excesses of port officials during cargo clearance processes, the Zonal Coordinator, South-West of ANLCA, Chief John Ofobike, explained that the purpose of the Zonal task force is to mediate and report every irregularity in the ports to the appropriate quarters.

In his words, “We have roadblocks everywhere. From Apapa port to Area B’ is less than a few meters but there are two Customs checkpoints mounted within that stretch, causing serious traffic for cargo evacuation from the ports.

“This task force is to expose bad agents, corrupt port officers and overzealous security agencies and not an avenue to attacking anybody.”

He urged members of the committee to do their work diligently, without compromise, which is the essence of having a Zonal task force, in order to have checks and balances.