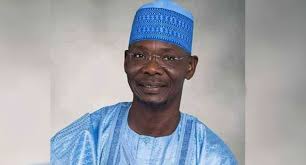 Nasarawa State Governor, Abdullahi Sule has advised youths in the state to be patriotic and as well commit themselves to the programmes of his administration aimed at promoting the youth.

Sule stated this yesterday while hosting the newly elected National Speaker of the Youth Assembly of Nigeria, YAN, Shuaibu Sani, who was on a thank-you visit to the governor.

The governor said his administration’s focus in industrialisation, education, health, tourism, among others, which he said is centred around the youths, adding that government will only succeed if the youths key into these initiatives with patriotism and every sense of seriousness.

He also welcomed the idea of the YAN hosting its national inauguration ceremony in Nasarawa State, scheduled to hold on August 19, describing it as a positive direction since his administration was doing everything to promote the youths.

“I wish to congratulate you on behalf of the government and people of Nasarawa State. You have made us proud by working so hard to be elected.