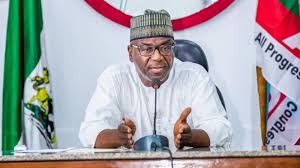 Kwara state Government has set up a 6-man commission of inquiry to investigate the sale and unlawful acquisition of government properties between May 29, 1999 and May 29, 2019.

The state Governor, AbdulRahman AbdulRazaq, stated this in a statement on Tuesday by the Chief Press Secretary to the Governor, Mr. Rafiu Ajakaye.

He stated that the commission would be empowered to hold public hearings involving various stakeholders and persons who might have benefited from the sale or acquisition of the properties.

The Governor explained that the term of reference of the commission includes identifying Kwara government’s properties including shares, stocks, and bonds sold, disposed of or unlawfully acquired between May 29, 1999, and May 29, 2019.

According to him, “The commission would determine whether the disposal of government-owned shares, stocks, and bonds were done in the best interest of the state”

“Make recommendations in respect of recovering the government properties wrongfully sold or disposed of or unlawfully acquired.”

AbdukRazaq said that the commission was expected to recommend appropriate sanctions against persons involved in the wrongful disposal or unlawful acquisition of such properties.

The governor said it would also put appropriate measures in place to protect government properties against the indiscriminate sale, disposal, or unlawful acquisition in the future.