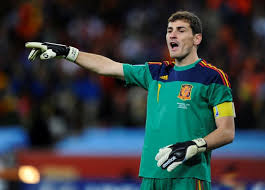 Iker Casillas has officially confirmed his retirement from professional football.

Casillas last played for Porto in May 2019, before suffering a heart attack in training which left him hospitalised.

‘The important thing is the path you travel and the people who accompany you, not the destination to which it takes you,” he revealed on social media.

“Because with work and effort, I think I can say without hesitation, that it has been the path and the dream destination.”