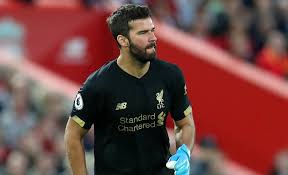 Liverpool star Alisson Becker revealed the reason for the team’s success this season.

The shot-stopper was part of the Reds team that won the Champions League last season, and the Premier League title this term.

Becker admits it was a very tough season, despite Liverpool’s runaway league triumph, and spoke about the secret to the record-breaking run of results.

He told ESPN Brasil: “Our group is certainly very strong. Each player has so much quality individually, and we have at least four players always at the top, the best in the world in their positions, and that makes it a special team.

“But what really makes a difference is the way we play together.

“We think as one, we all have the same objective, and that is doing everything we can to get those goals, laying it all out mentally and physically.”