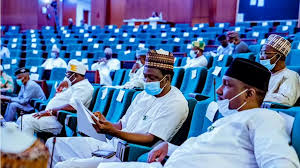 Concern Youths of Ikeja, Lagos state has called on Governor Babajide Sanwo-Olu to as a matter of urgency, look into the delay in the appointment of a new monarch for Ikejaland.

The group said six years after the demise of the last monarch, Olu of Ikeja, Oba Rauf Amore, Ikejaland has continued to remain without a monarch.

In a statement issued by the group’s Coordinator,Mr. James Olabode, and made available to journalists “It is unfortunate that Ikeja, which is the state capital will for more than six years be without a monarch.

“As concerned youths of Ikejaland, we have waited enough and we feel that the state capital can’t continue to be without a traditional ruler, hence, our call to Governor Babajide Sanwo-Olu to quickly intervene.

“A lot has been happening and some people have been making some claims that are untrue.

“Recently, we read in the news that a group, which claimed to be ‘Gbobaniyi Royal Association of Ikejaland’, wrote to the state government asking for compensation for one late Alhaji Samsondeen Adeleye.

“The said Gbobaniyi also claimed that the late Adeleye was the Oba elect, and therefore should be accorded a posthumous Obaship status.

“As far as we know, the late Alhaji Samsondeen Adeleye of the Osoja Oladiti royal family was never the Oba elect. Before, his demise, he was one of the three candidates for the stool. So, he was never the Oba elect because the government had not appointed anyone before he died. So we wonder how they come about their claim.

“We are using this medium to implore the state government to ignore all their claims and disregard their request for compensation for the deceased family because they do not have the right to speak on behalf of the Osoja family,” the statement read in part.

The Concerned Youths of Ikeja, however, appealed to Sanwo-Olu to intervene by ensuring that a new Oba is appointed and installed, as the community had for too long been without a monarch.

“We hope that His Excellency, Governor Babajide Sanwo-Olu, will look into our plea and appoint an Oba for Ikeja because it is the state capital and it deserves a monarch,” the statement read.