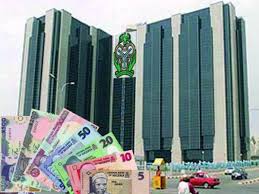 The CBN, which disclosed this in its first quarter 2020 economic report, noted that a total of 608 projects benefitted from the project.

On the other hand, the total amount repaid under the CACS since inception stood at N406.29 billion as at the end of March 2020.

The report has also revealed that a total of N539.8 million loans was also guaranteed to 3,161 farmers under the Agricultural Credit Guarantee Scheme, ACGS in the first quarter of 2020. This represented a decrease of 53.9 per cent and 34.8 per cent below the levels in the preceding quarter and the corresponding period of 2019, respectively.

Analysis by state showed that 30 states and the Federal Capital Territory benefited from the scheme in the review quarter, with the highest and lowest sums of N54.8 million (10.2 per cent) and N1.8 million (0.3 per cent) guaranteed to Ogun and Nasarawa states, respectively.

It stated that agricultural activities in the first quarter of 2020 were predominantly preparation of land for early wet season planting, harvesting of tree crops and irrigation-fed vegetables.

In the livestock sub-sector, farmers continued to intensify efforts towards raising of poultry birds and cattle in preparation for the 2020 Easter festivity. During the quarter, the African Development Bank (ADB), in collaboration with the Federal Government, signed a US$500 million memorandum initiative to develop four Special Agro-Industrial Processing Zones in the country.

“The initiative is capable of boosting the structural transformation of the economy by providing opportunities for public and private sector investments,” it added.

According to the report, following the outbreak of the COVID-19, which led to lockdown in major cities around the globe, the Nigerian agricultural sector in Q1 2020, witnessed a huge demand uptick arising from panic buying, mostly for essential commodities.
The panic buying, however was fueled by the speculations of economic slow-down.

“The development has also led to increase in commodity prices in the market. However, towards cushioning the effect of the COVID-19 pandemic on the economy, the CBN, in support of palliative measures, put in place by the government, reviewed interest rates on all applicable intervention facilities to all sectors from nine to five per cent, per annum for a period of one year, starting with the review quarter.