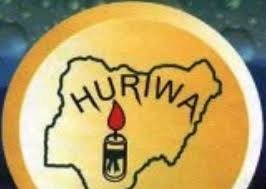 The group also expressed dismay over the silence of some stakeholders in the country since the attacks on the unarmed civillians.

HURIWA said it was irked that the Sultan of Sokoto, Sa’iad Abubakar Muhammadu, John Cardinal Onaiyekan, the most senior Catholic clergy in Nigeria, Catholic Bishops Conference of Nigeria, CBCN, and the national leadership of the Christian Association of Nigeria, CAN, were not speaking out in condemnation of the Federal and the Kaduna State governments.

The group wondered why the Kaduna State government imposed a curfew in the Southern Kaduna affected by the attacks but deliberately failed to stop the armed Fulani herdsmen from waging war on the unarmed civilians in their sleep.

The association added that even the soldiers and police deployed in the area stand by and do nothing to stop the attacks and arrest the armed Fulani herdsmen.

The National Coordinator of HURIWA, Comrade Emmanuel Onwubiko and the National Media Affairs Director, Miss Zainab Yusuf, made their view known in a statement.

They decried what they described as “a dubious curfew” to cage the victims from protecting their homes and saving their lives but their killers are never restrained by the fake curfews.

The Rights group said that “it is shameful that Christian faithfulsare slaughtered like goats by armed Fulani herdsmen yet the body of the hierarchies of the organised religions in Nigeria, including the Muslims made up of over 65 million Nigerians led by the Sultan of Sokoto; the Catholic Bishops Conference of Nigeria made of over 45 million Nigerian Catholics, the Pentecostal Fellowships of Nigeria made up of over 35 million and the official leadership of Christian denominations in Nigeria, the Christian Association of Nigeria, CAN, are going about their lives.”

The Rights group also noted that the leadership of the International Court of Justice in The Hague, Netherlands, headed by a Nigerian had become so polluted and morally compromised so much so that the President of ICC, Chile Eboe-Osuji, has become a frequent visitor to the Presidential mansion in Abuja to see its current occupant- President Muhammadu Buhari.

The statement said, “President of ICC, Chile Eboe-Osuji has failed to act on the numerous petitions sent to the International Criminal court in The Hague Netherlands by dozens of NGOs in Nigeria, including the Human Rights Writers Association of Nigeria, HURIWA.”

The group stated that it has become imperative to ask the President of the United States of America, Mr. Donald Trump and other World leaders, including the Holy See led by Pope Francis to quickly step in to stop the constant decimation of Nigerians by armed Fulani herdsmen and terrorists “who are not in any way being stopped from carrying out these acts of infamy and terrorism against the largely Christian dominated Southern Kaduna by the government led by a Fulani President and the Kaduna State Governor who is also a Fulani.”

The statement noted that the killings have gone on for far too long, and appealed to the consciences of the good people of Nigeria “to stand up and demonstrate against the unwillingness of the current Federal government to intervene and arrest, prosecute and punish these mass murderers who are clearly operating like persons thoroughly authorised to go about these meticulous activities of mass decapitation and slaughter of citizens of Nigeria who live in Southern Kaduna, their ancestral hometowns by armed Fulani herdsmen.”