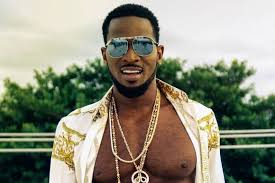 The Nigeria Police have cleared popular Nigerian singer and songwriter, D’banj, of the rape allegations leveled against him by a twitter user Seyitan Babatayo.

This was contained in a report signed by Deputy Commissioner of Police, DCP, Umar Sanda, on behalf of Deputy Inspector-General of Police, Force Criminal Investigations Department, Force Headquarters, and obtained by newsmen, on Saturday.

It would be recalled that the allegation led to strong social and media controversy with several declarations of the innocence of the singer by his fans and admirers coming up against those who believed Babatayo was telling the truth.

D’banj had claimed that there was no truth in the allegation and blamed it on the handiwork of his enemies who he alleged were out to destroy his hard earned reputation.

The musician subsequently instituted a N1.5 Billion defamation lawsuit against Ms Babatayo in spite of the support she got from prominent women rights group.

However, the report by the police investigation unit did not find any substantial evidence to prove that D’banj committed the act, and that Ms Babatayo had withdrawn the petition filed against D’banj.

“This is a case of indecent assault on female, rape, intimidation and threat to life reported by Seyitan Babatayo through a petition letter dated June 5, 2020 by the Law firm of Ojoge, Omileye and Partners against Oladapo Daniel Oyebanjo a.k.a D’banj.

“The fact of this case is that on Dec. 30, 2018, Mr Franklin Amudo who was a manager to the suspect invited the complainant Seyitan to an all white party at Eko Atlantic in Lagos, where the suspect performed as a guest music artiste.

“The complainant alleged that D’banj had sex with her against her wish but in view of the foregoing facts, investigation was discontinued as there was no substantial evidence to prove the allegation of rape against the suspect,” the report read in parts.

Meanwhile, Ms Babatayo has denied statement that she reached out to Human Rights Activist and #ENDSARS advocate, Segun Awosanya, a.k.a Segalink, asking for his intervention in the rape case.

Ms Babatayo urged her supporters especially STER, a non-governmental organisation, to act with honesty in the matter even as she expressed appreciation for the group’s support so far.

Mr Awosanya had equally demanded apology following a statement from the nongovernmental organization that he was contacted by Ms Babatayo on the matter.

He described the allegation as deliberate and mischievous falsehood intended to malign his person and reputation.

“I demand a retraction of the group’s statement and the issuing of an apology within the next 24 hours or a law suit will follow,” Mr Awosanya said.